Japan first came to know whiskey in 1853 when Matthew Perry came to trade at the Edo port. He brought some casks to keep himself and the crew warm on the long journey across Thai Binh Duong. One great of 110 gallon whisky was also used as a gift for the Royal Family during this first meet.

Only two decades later, the Japanese began to import whiskey, and local brewers also started to produce their own ‘whiskey’. This ‘whiskey’ in the beginning was actually a cereal colored wine. The history of Japanese whiskey didn’t really begin until the mid-1920s when two men – Shinjiro Torii and Masataka Taketsuru set up the first authentic whiskey distillery in Japan. 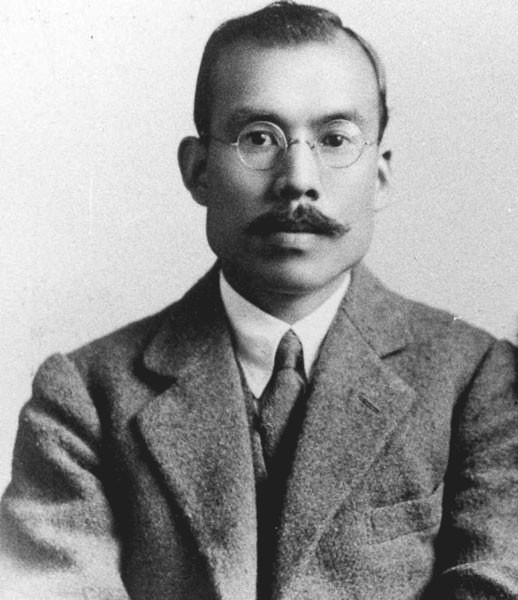 Masataka Taketsuru (1894-1979), who is considered to be the ‘father of Japanese whiskey’ born into a family with a tradition of making sake. As a whiskey lover, he wanted to create a genuine Japanese whiskey, like Scottish whiskey but for Japanese tastes.

Shinjiro Torii (1879 – 1962) a successful trader in the pharmaceutical industry. Also with Western interest in wine and the need to expand the business created a wine brand imported from Spain, Akadama Port Wine in the mid-1920s. Torii thought of developing this market by create a quality whisky like Scotch whiskey but for Japanese tastes.

Torii initially wanted to hire a Scottish expert to start this complex task until he found a young Japanese man who had a lot of knowledge about whiskey production and put his heart into making Japanese whiskey. His name is Masataka Taketsuru.

When they were met, Torii immediately hired Taketsuru to prepare building a distillery. They searched around Japan for a suitable location, Taketsuru wanted to set up a factory kiln on the northern island of Hokkaido because the climate was quite similar to Scotland, but Torii realized that transportation costs were too expensive. Finally, Yamazaki near the ancient capital of Kyoto was chosen because it has been famous for centuries as a great source of water.

Yamazaki is praised for its pristine waters in Man’yoshu (an ancient collection of poetry) – an extremely important resource for whiskey production . Water called Rikyu no Mizu [water of the royal mansion] continues to float near the distillery and has been designated by the Japan Ministry of Environment as one of the best natural mineral waters in the country. It is even said that the tea master Senno Rikyu will take pure water here to use. Located at the foot of Mt. Tennozan Distillery, Yamazaki distillery is surrounded by ancient bamboo forests. Bamboo prefers pure water, and the rich, rich aroma of Yamazaki single malt whiskey is precisely derived from the use of pure, delicious water from these forests.

Yamazaki distillery is located amidst the magnificent bamboo forests at the foot of Mt. Tennozan where the Katsura, Uji and Kizu rivers merge southwest of Kyoto, Yamazaki has a lush natural. Due to the different temperatures of the tributary waters and the region’s distinctive topography, between the delta and the basin, Yamazaki is characterized by high levels of humidity and frequent fog. The humid climate is well suited to the aging of whiskey and makes Yamazaki an utopia for its production.

In 1923, Yamazaki distillery started operating but it took a few more years to produce the whiskey with the standard Torii desired. In 1929, he launched a bottle of pure malt whiskey called Shirofuda (meaning White Label). The initial success came when the Japanese press at the time announced that from then, would be no need to import whiskey because Japan already had good enough whiskey. Shirofuda named his name as the first authentic Japanese whiskey and it is still sold to this day.

But what really made the world know about and hunt for Japanese whiskey? It is a series of awards. In 2003, Suntory’s 12-year Yamazaki bottle won a gold medal at the International Spirits Challenge. That’s not all, in 2013, Jim Murray’s ‘Whiskey Bible’ declared that Suntory’s Yamazaki Single Malt Sherry Cask 2013 was the best whiskey in the world. According to Murray when talking about this bottle is “nearly indescribable genius” and he rated it to reach 97.5 / 100 points. It’s a miracle for a country that just started producing whiskey less than a century!

In this collection, the #Whisky_Cognac_Museum will provide the most useful information about the legendary #Yamazaki bottles at this distillery.

No products were found matching your selection.